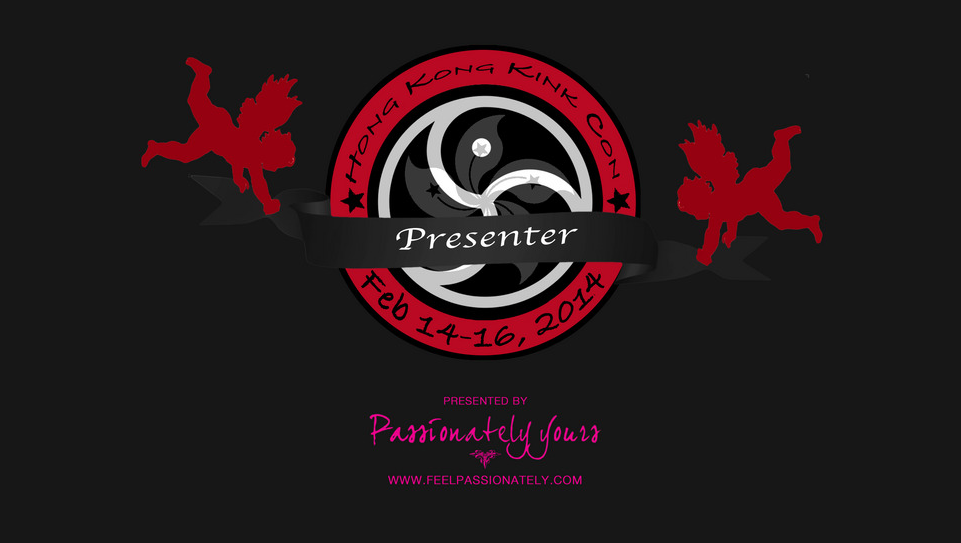 With just slightly under 2 weeks to go before HK Kink Con 2014, SimplySxy is delighted to share with you all the 11 bios of the presenters who will be there from 14-16 February.  Read on to find out more about them!

Morpheous (Hons B.A., B.Ed) is a sex educator/author and magazine/kinkyTV/radio consultant based in Toronto, Canada. His Education Series presents a variety of lectures to both graduate and undergraduate studies including: The U of T Sexual Diversity Studies inaugural lecture series in 2008, York University Alternative Sexuality Student Union, Washington University, Missouri, Wayne State and the University of Western Ontario and many others. He travels and presents across the Americas, Europe, and Asia, doing outreach to both academic and positive safer sex organizations. This is his second year presenting at HKKC.

Mistress Anna has been a part of the Adult Industry for approximately 10 years and the last 3.5 years has seen her evolve in to Domination. She is self employed as a Pro Domme as well as being a qualified Personal Trainer and Beauty Therapist, which she has incorporated nicely into the mix via her Bootcamp Mistress/Forced Fitness and Body Maintenance for slaves courses.

In the community, she leads the Sydney Dommes and subs Munch, and has presented at UBER and Sydney Leather Pride. She is “Rope Mistress” to CJ Blue and is being Served by Chastised Loser.

Allura has been talking about sex since she learned to speak. After attending Carleton University for gender and sexuality studies, she went on the explore the sex industry firsthand for 3 years. She has worked in harm reduction and outreach for sex workers as well as other high risk groups. She is currently teaching and travelling the world.

Brian has been in the lifestyle for 17 years, and active in the community for 6 years. As one of the community leaders in HK, Brian is the founder and director of HKKC, and helps run the Sunday Munch. He is married to his sub, EmJ, and they have been in a 24/7 relationship for 4 years. He has a fetish for sensory deprivation, as well as the psychology behind D/s. In his professional life, he is an educator, event planner, and founder of HKKC.

Brian made his debut as a presenter at HKKC 1 with 3 workshops, and he has assisted in 4 lectures at HKU in 2013.

Milla Reika first began her career as a Mistress/Kinbaku Rope Artist in 2010 in Osaka, Japan. From 2011, Milla moved her career to the stage where she now performs regularly at Kinbaku/SM Events throughout Osaka and Tokyo.

In 2012, following the retirement of her Master, Takamine Ren, Milla took on management of Matrix SM bar on her own, as well as starting up [Nymphetamine] SM and Fetish Events.

In addition to Kinbaku based performances, Milla also extends her arena into Body Suspension, Body Modification/Piercing and SM shows involving torture and interrogation.

NdT as he is commonly known as, is returning for his second HKKC. HK’s resident rope expert started reading Sade at 13, borrowing from the paternal library, and never really got out of SM since, courtesy of a very submissive first girl friend. In 2003, he moved to Japan and formally studied Japanese rope in situ with Osada Steve (2005-2011), Yukimura Haruki (2008-…) and Nawashi Kanna (2010-…).
He is a full member and licensed instructor of the Yukimura Haruki Ryuu under the name Haru Kakeru and was assistant to Yukimura Haruki during two workshops in Copenhagen and Los Angeles in 2012.

In March 2013, he performed recently in Tokyo for the 10th anniversary of The Gate, a large fetish party, and at the Deluxe Kabukicho Theater in Shinjuku as part of the Oo Nawa Asobi series of shows in April 2013.

Domaignes is one of the community leaders in HK, and is teaching for his second time at HKKC.

Transhuman stepped into his first play party 10 years ago and has been dabbling in all things kinky since. Previously active in the NZ scene but now based in HK, he has been a local community leader for the last few years.