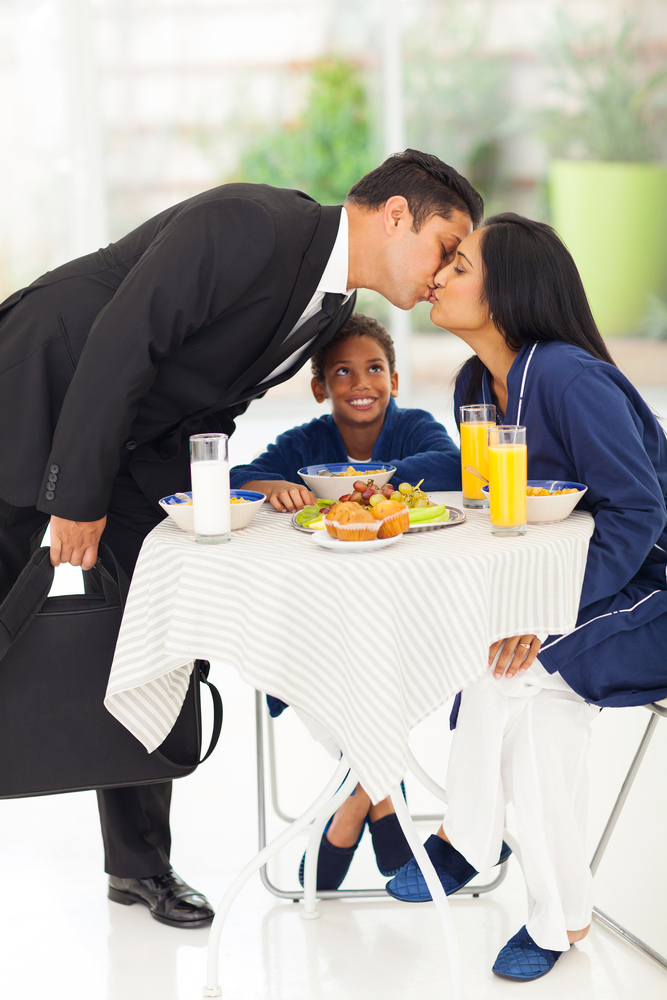 Once people become parents, a lot of us generally don’t allow ourselves to be sexual beings anymore.  Why is that?

When we were young and as we grew up, some of us desexualized our own parents (and sometimes our siblings as well).  That is, we removed all aspects of thinking of them as being or doing anything sexual.  There is lots of input in this society from peers, movies & media that older people and sex is “gross.”  This includes parents too.  Recently, there was a Modern Family episode where the kids walked in on their parents “doing it”. The parents stayed in their room and agonized over how best to explain what they were doing.  The kids were worried sick about the talk that would ensue.  Eventually, these kids realized on their own that seeing their parents in this situation was better than any alternative including fighting and divorce.

Modern Family “Caught in the Act”

We may have had a hard time thinking about our parents as sexual beings.  And then, when we became parents ourselves, we avoided trying to reconcile this discrepancy.  Many women’s attitudes or behavior toward sexuality shifts after childbirth.  Lots of women complain about their post-baby bodies.  Pregnancy is a bear on our bodies so it’s not hard to understand this feeling.  Many women start wearing t-shirts or sweats to bed.  Some husbands wish – mostly in silence – that the woman they fell in love with would dress in something a little more attractive, like the sexy lingerie, nighties or naked like they did B.C. (Before Children).  I have friends who, in wishing to spice things up again, went out and bought a comfortable yet sexy nightie, something not too over the top but yet sexy enough, for themselves and reported feeling more desirable.  That’s totally an unofficial study and hardly a valid sample but I can understand completely. Dressing in sexy clothing can make one feel sexy. If you want to try sleeping naked again while the kids are still young, go to bed naked.  Kids don’t know naked as good or bad or shameful until an adult scrambles to cover themselves up or slams a door in their face. If you notice, your children probably don’t have any shame about their little bodies and are rather proud of them.  This may have been a source of embarrassment for you.  It is this way typically until an adult tells them to keep themselves covered up. Mothers, think of your post-baby body this way: your partner isn’t seeing the flaws you sense in your own body.  They are simply thinking that they won the flipping lottery to be there with you naked!  Celebrate it!

Some men have a hard time seeing their wives as sexual after childbirth.  Freud described what’s known as The Madonna/Whore Complex.  Roughly, the thought is that once a man’s female partner becomes a mother – this person with whom he has had tons of great, pre-family forming behaviour sex – he no longer can see her as the dirty girl of his earlier fantasies.  A mother is nurturing.  His mother was perhaps nurturing and he certainly didn’t think of HER as sexual (see above).  Now, the woman he used to ravage is a mother … reminds him of his feelings toward his mother… nope can’t do it.  Another factor could be whether or not the father witnessed the childbirth from behind the curtain in the Catcher’s position.  Most guys are ok with all of this, but a few guys may be unable to remove the image of the blood, placenta, etc, from their minds and as a result, they perhaps become hesitant to see them as “sexy parts” anymore.  Instead these guys think of them as functioning parts and lose their exclusivity as a playground. Either way, before children, chances are they were sexually active, enjoyed sex, and wanted to have it with their partner(s) often. Before you act on something outside the marriage (unless you have a spoken and/or agreed upon arrangement with your spouse), the best case here is to talk to a sex positive therapist about this.

The fallout of Abstinence Only Before Marriage Sex-Education is that children are not learning about love or pleasure as a component of sex. Pleasure is an important aspect to learn about sexuality because it doesn’t set the child up for potentially self-sacrificing behaviour.  Since kids aren’t getting this instruction in school, parents can model this lesson for their children. I’ve written a few posts (here and here) in which I explain why I feel tying sex and love and pleasure together is important when teaching kids so I won’t bore you by repeating myself here.

I want to tell you it’s ok for your kids to see you as parents who are in love with each other.  A child doesn’t know shame around affection until s/he sees other adults model that behaviour.  Picture this scenario: everyone is in the kitchen, one parent lovingly squeezes the others butt, and the squeezee shrieks, swats at the spouse, and says “not in front of the children!!”  Those love pats and small signs of physical affection are not a bad thing at all.  Imagine now, the same scenario, and instead of swatting at the squeezer, the squeezee turns around and plants a big wet kiss on him/her.  There’s the Element of Surprise for all involved and the kids might smile at the playfulness of it all.  Try the “Aunt Jemima Treatment” on your spouse.  Being a little silly might turn you and your spouse on. Of course if your kids are in elementary school or junior high, you might get an, “Ewww” but who cares?  That’s how some of these little beings came into this world in the first place, no?

It’s ok for us as parents to show each other love and affection in front of our children.  Do so early and often so as to normalize the behaviour.  Talk to them about it too!  They will get used to seeing you together.  It’s healthy for them to associate love and sexual feelings modelled in a healthy adult relationship.  Being a parent and a sexual being, these two things are not mutually exclusive.

Let’s Talk About Music
My Introduction To Rape Culture
Advertisement