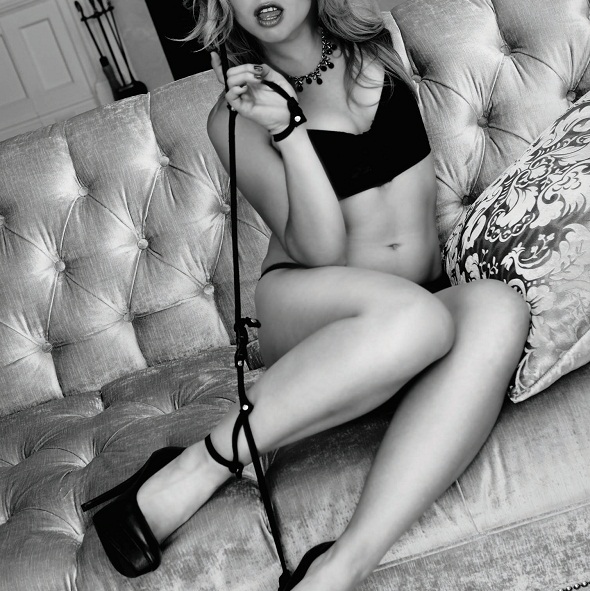 Sex is never boring.  There is a never ending variety of positions, places and fantasies to try to keep the sex exciting and enjoyable.  I have always loved exploring new ways to sex things up in the bedroom (sometimes outside of it).  However, there are always tried and tested games in my list of favourites which I will never tire of.  As someone who appreciates sex as an art, here are 5 of my favourite sex games which I enjoy in the bedroom.  Perhaps you might like to try it out one day too.

This is a nice game for girls to tease their guy in bed.  It works best if there is a four post bed whereby the guy’s limbs are tied to each post.  As such an opportunity is rare, tying his hands above his head and spreading his legs apart is sufficient.  While he lies naked, tease him with a strip tease followed by a sensual body massage.  The trick is to kiss and lick every part of his body except his penis.  Enjoy watching him squirm and fidget until he is about to explode.  Make him beg you for it.  When you have finally given in to his repeated pleadings, control the pace by going on top of him while he is tied up.  He will be straining at the leash to grab and touch you.  Alternatively, remove his bonds and be prepared for wild primal sex as he unleashes all his sexed-up energy on you!  Lie back, let him take over and enjoy!

Men love girls in uniforms.  I first got into the school uniform fantasy when I was clearing my wardrobe and found my old college uniforms.  Keeping a set, I brought it back to my dorm to surprise my ex by wearing it in the room.  As I had outgrown them, the shirt and skirt combi was rather tight, with the skirt high above my knees.  He had this incredible look on his face when he came into my room, seeing me sitting on the chair with my legs exposed and the tight shirt pressing against my boobs.  Needless to say, he went wild with delight and we made out on the spot, with my uniform on the entire time.  There are also times when I enjoy playing the role of the innocent student, not knowing what to do while he gives me a lesson in sexual education 101.

This requires more a detailed uniform such as a coat and surgical gloves but nothing is impossible without a little imagination.  Let your guy be the patient and settle him down onto the bed naked while he waits to be “examined”.  Give him an in-depth examination of his penis and testicles while asking him if he feels anything.  If he shows any signs of arousal or touches you, do not allow that and tell him to behave.  You are in control so take however long you want to examine his private parts and tease him.

Take total control of him during sex.  Tell him what you want and insist that he has to be 100% obedient or he will be in for a hard spanking.  Do not go soft from his attempts to get out of the punishment.  In fact, give it to him harder as he will secretly enjoy it.  I love stimulating my guy and then stopping suddenly to spank him .  This game is specially fun if there are props such as a hitting paddle, ticklers, whips blind folds and handcuffs thrown into it.  Be careful not to overdo it though, I was once too excited with the whole thing that I left a mark on a guy and it took weeks to disappear.

How safe are my Toys?
INFOG: Sex Fantasies
Advertisement